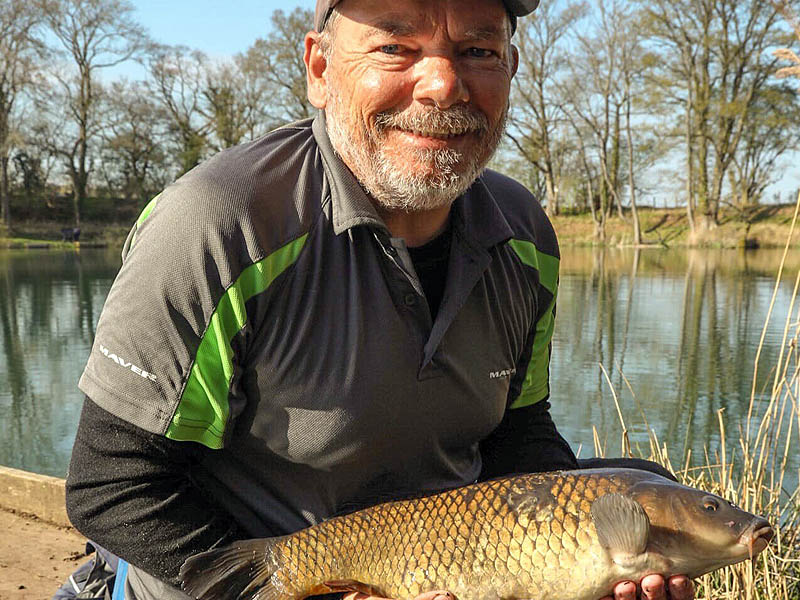 Below Paul reflects on what was a closely contested affair which ultimately saw him crowned overall winner and 2019 Weston Pools veteran Champion.

Paul drew Stretton peg 30 on the opening day of the festival and started short on hard pellets to get off to a great start with four (4) carp gracing his net after the first forty five minutes of the match before the bites disappeared. Coming off his short line, Paul then tried over to the pallets, but could only find odd fish. Unfortunately for Paul an hour and a half into the match bites had all but dried up. Fortunately, Paul was not alone with everyone on the lake struggling. Paul then started to catch ide during the midway point of the match on maggot to put some fish in the net before having another look on his short line for the final forty minutes, where he managed to catch a few short on pellets to weigh in 79lb for a section win.

Day 2 saw Paul stationed on peg 12 on Canal. Again, like the previous day, Paul opted to start short but his efforts didn’t produce. The lake as a whole was fishing hard so Paul decided to target the resident ide fishing shallow tactics targeting whilst still working his short line in the hope the carp would eventually switch on. Paul continued to catch ide for the most part of the match before switching to pellet short for the last ninety (90) minutes of the match, which produced some carp for 81lb and a second in section finish.

Ian Simpson was winning the festival after the second day with Paul needing him in his section on the third and final day if he was to stand any chance of making up the 40lb deficit.

On the third and final day of the festival Paul drew Clay Pit 34 and, upon arriving at his peg, felt confident of catching a few fish shallow and looked a better area than the surrounding pegs. Paul started on a top kit with maggots with this method having produced the day before. As was the tale of the week for most, it was a slow start to proceedings with only a few anglers catching early on. With just a single fish in the net after the opening hour or so, Paul went to 13 metres and decided to fish caster shallow to find carp and F1’s to put some distance between himself and neighbouring anglers.

At the end of the third day Paul offered 70lb to the scales, which was enough to give him an all important section win by the slimmest of margins – just 2lb in fact! Anglers still in the running after the three days including Andy Amos and Ricky Salmon both caught but Paul’s cumulative weight over the festival as a whole was enough to see him claim overall victory. Andy Amos finished in second place whilst Ricky Salmon took third and Harry Billing fourth.

After winning this year’s veterans event, Paul Brandrick commented: “It’s been an awesome few days fishing and I’ve really enjoyed it. I’d like to thank Mike at Weston Pools for running a great fishery and being a brilliant host and thanks also to Tom Scholey for running a great festival. I would also like to thank Maver and Dynamite Baits for their continued team sponsorship.”