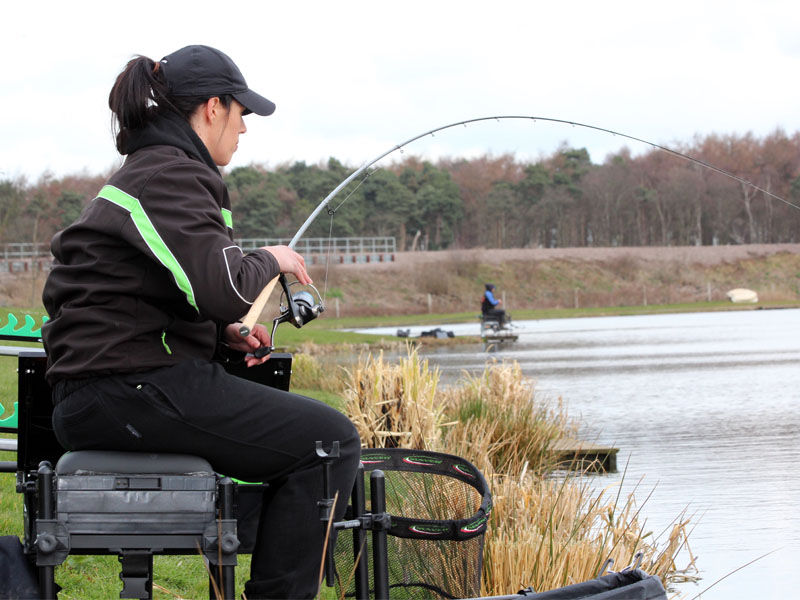 The May bank holiday weekend saw the two-day Ringer Baits Festival held at Ferry Meadows in Peterborough. The event has rapidly gained popularity since its conception just a few years ago with Ringer brother’s Steve and Phil acting as the driving force behind it all.

The event sees fifty (50) anglers go head to head on the venue’s Gunwade Lake competing for a top ten (10) overall payout. The opening day of the event is based on a random draw with the second and final day placing anglers on the opposite rotation to the opening day. At the end of the two days, overall placings are based on cumulative weight.

Conditions for this year’s event were far from ideal with bright sunshine, no breeze and high pressure posing a challening prospect. It was Emma Pickering’s first ever visit to Ferry Meadows for this year’s event yet, despite her lack of experience of the venue coupled with the conditions, the England Ladies International fished a superb festival securing a top three finish at the end of the two days.

Below, Emma reflects on her first ever Ringer Baits Festival appearance: 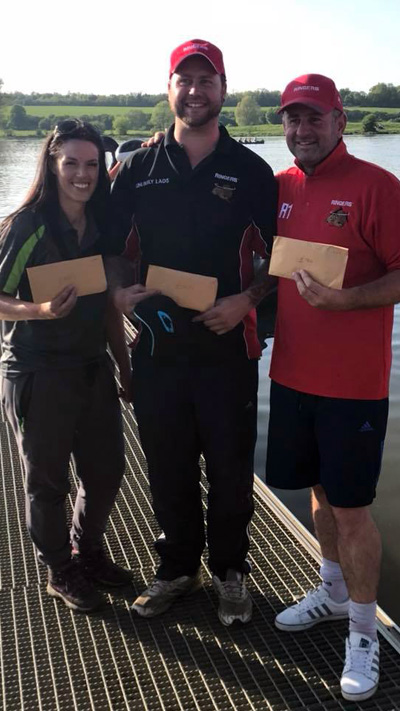 Emma managed a superb third place finish after the two days from her first ever visit to Ferry Meadows.

“This year’s Ringer Baits two-day festival marked my first visit to Ferry Meadows, and what a lovely place it is. On the opening day, I drew peg 95 on Gunwade and was told if I managed two bites all day, that would be as much as I could hope for! With the sun blazing and flat calm conditions, I knew it was going to be tough“.

“My plan of attack was to feed positively and it paid dividends with four (4) fish in the bag giving me 15lb and a third place finish overall on the day. With the event being based on weight I knew it would be all still to play for tomorrow”.

“Based on my opening day’s draw, I knew come day two, I would be going to a section where I believe there had been seventeen (17) blanks on day one“!

“After the opening day’s events, I didn’t think the fishing could get any harder, but it was! I drew peg 66, which was bang in the middle of yesterday’s blank-fest! Coupled with a long walk to my peg, I knew I was in for a long day“.

“I went to my peg with the same approach as yesterday’s match and managed just a single bite, which produced a 5lb 10oz fish. I was shaking the whole time whilst playing the fish as I knew how important it would end up being! Over the two days, I finished with 21lb 3oz total which saw me finish in third place overall“.

“I was absolutely made up, especially with it being my first visit to the venue. I want to say a big thank you to the Ringers on a top class event“.

“A massive congratulations also to Michael Hightower-Reeves on the win with a two day total of 36lb plus, and Phil Ringer for finishing second“.

“Shame we didn’t see Ferry Meadows in a better light, but under the conditions, it was always going to be tough“.