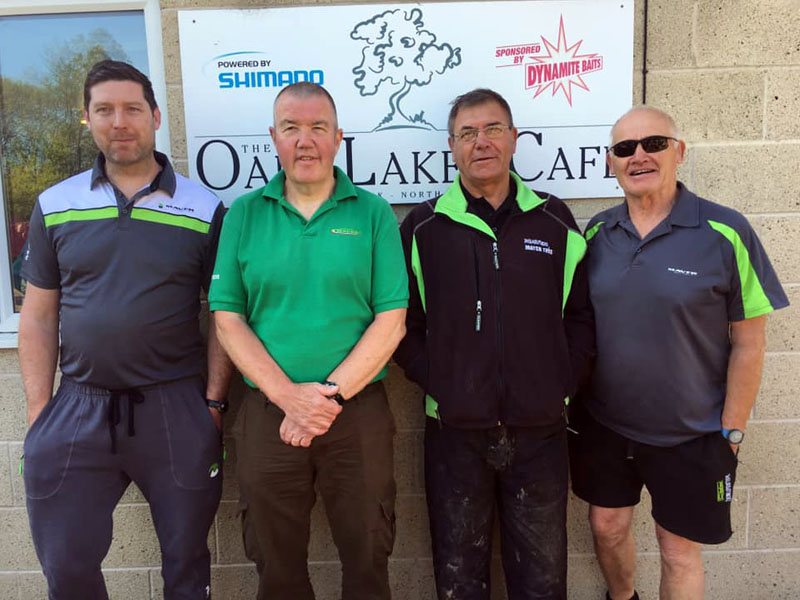 The Maver West Midlands Police team have began their 2019 inter-services campaign with the first of three (3) inter-services competitions kicking off at The Oaks Lakes, Sessay.

Teams are invited from the armed services, fire service, prison service, ambulance service, post office, MOD to name just a few, all of whom compete against teams put forward from Police Sport UK. Inter-service matches are generally very well supported with teams travelling from Northern Ireland, Scotland, Kent and Essex as well as everywhere in between. The standard of angler improves year on year with many competing team’s having now secured sponsorship.

Below, team member Dick Tranter looks back on what was another successful outing for the team.]

“Travelling up for the weekend, Andy Cleaver and Dick Tranter picked up a section win each in the two (2) open matches held on Saturday and a Sunday, which was a good start for the team’s preparation as a whole ahead of the event“.

“Come the day of the match, however, it was much different. The weather was very warm and sunny and, with three (3) big matches having taken place on three (3) consecutive days, everything conspired against us to reduce weights for our event, but it was still a good competitive match“.

“The Maver WMP, once again, showed their consistency throughout by finishing 2nd in a very strong field. The winners Humberside Fire and Rescue did a great job to win with sixteen (16) points with 2nd, 3rd and 4th placed teams scoring 24, 25 and 26 points respectively showing just how close it was“!

“Thanks must go to Ian Butler for organising the event, Sessay for a great fishery and, as always, Maver for their continued support“.