Top 10 Finish for Andy on Feedermasters All Stars 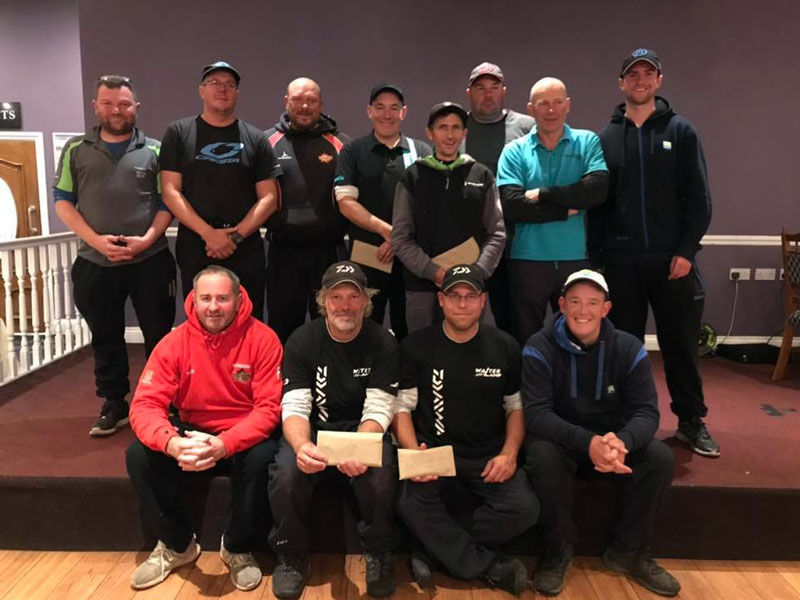 Friday 26th October marked the introduction of the latest feeder only event in the UK match angling calendar in the shape of the exclusive invite only Feedermaster All Stars event. The three-day event took place at Barston Lakes, Solihull and saw a total of seventy two (72) anglers go head to head including some of country’s top feeder anglers. The event saw commitment from over twenty (20) tackle and bait companies along with Feedermaster match organisers and European hot rods, all of whom were competing for the £2,000 first place prize. 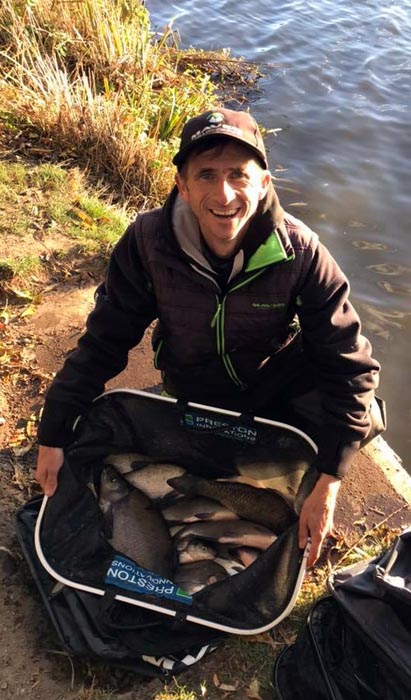 The standard of angler on this particular event was fantastic and stood as a true testament to how far feeder fishing has come in recent years. Among the seventy two (72) anglers taking part were Maver rods Eddie Bridon and Andy Kinder. Andy’s reputation as a top feeder angler proceeds him with the Sheffield-based man boasting an enviable record at Barston, and has won the popular Guru three-day festival for two consecutive years at the venue. Eddie Bridon is also a force to be reckoned with when fishing feeder tactics on big open expanses of water. Eddie is a current member of the England Feeder team and also qualified for this year’s Feedermaster and RiverFest finals.

The event was fished in accordance with FIPSed rules with the likes of pellet, meat and boilies being replaced with bloodworm, joker and worms. Anglers were split into zones of up to twenty seven (27) with each zone then being divided into mini sections of five to seven anglers, depending on the draw. Overall top placings after the three days would then be awarded based on cumulative weight and not points.

Below, Andy reflects on what turned out to be a successful event concluding with a top ten finish despite wintery conditions, which included two heavy overnight frosts, strong winds and lots of rain:

“The opening day of the competition saw me on peg 16, which can be a good area for carp. With overall placings being decided on weight and not points, I decided to fish for carp. The carp are normally caught long from this area of the lake so I opted to start the match fishing long specifically targeting them in the hope of a decent weight” 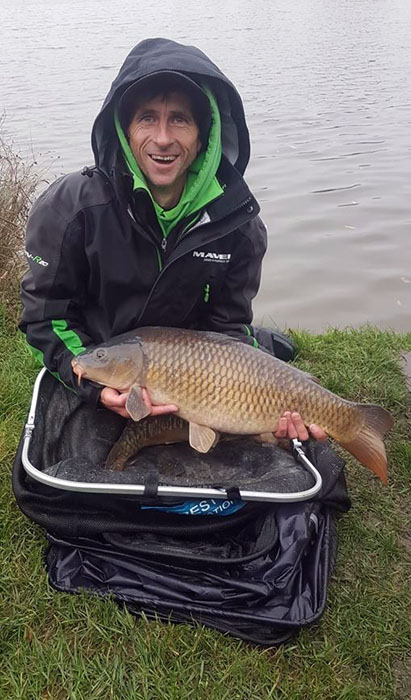 “However, after two hours, I was still waiting for my first fish. I was going nowhere fast, so decided for a change of tact and decided to target the resident skimmer bream on a short line. I set up a 10′ 6″ Signature Pro feeder rod with 0.20mm MVR Carp Feeder mono tied to 0.12mm MVR hooklength with a small cage feeder filled with groundbait and worms offering pinkie on a size 18 CS22 hook“.

“During the final three hours of the match, I managed around 25lb of skimmers fishing at twenty five (25) metres to win my section and finish in fourteenth place overall“.

“Day two saw me stationed on peg 93, which I wasn’t overly enthusiastic about with it not being a known area. However, that said, Will Raison had managed a decent weight of skimmers from the same peg on day one the competition, so I thought maybe I’d still be in with an outside chance of a good weight“.

“Having spoken to a number of anglers after the opening day, it seemed as though many of the carp that had been caught fell to a maggot feeder long so, with this in mind, I decided to start the match fishing at around sixty (60) metres with a maggot window feeder and three (3) maggots on the hook. The key was to use very little groundbait“.

“This knowledge gleaned from day one proved invaluable with three (3) carp up to 14lbs gracing the net inside the first hour of the match! However, the carp soon lost interest and I reverted to fishing tactics very similar to the previous day opting to come short for the remainder of the match and target skimmers to top up my weight“. 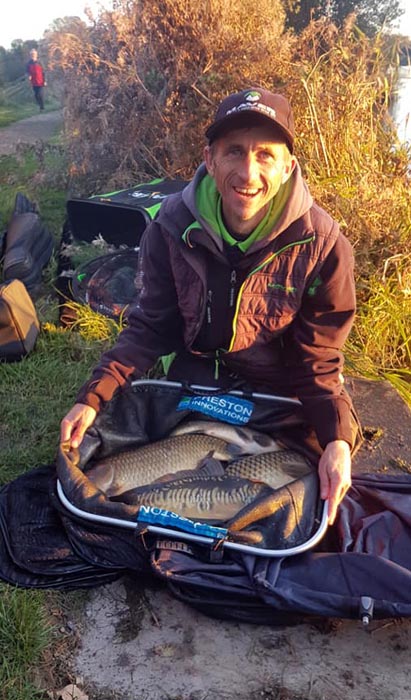 Despite an unfavourable draw on the final day, Andy managed 29-02-00 to confirm a top 10 finish overall.

“For the final three hours of the match, I fished a small cage feeder filled with groundbait and worms with pinkie on the hook to find 9lb of skimmer bream and end the day with 31-04-00 and an overall zone win. Most importantly, my combined weight over two days now put me up to seventh place overall going into the final day“.

“I was hoping for a good draw on the final day to stand any chance of staying in contention but, unfortunately, I didn’t get it! Peg 47 is not where I wanted to be with most of the weights being recorded from the 50’s over the first two days“.

“I opted for a slightly different approach as I figured I wouldn’t be able to fall back on the bream at this stage in the competition with them having being hammered over the last couple of days. Peg 47 gave me a slim chance of finding the odd rogue carp and F1 so I decided to set out my stall accordingly and fish a maggot window feeder with maggot on the hook at distance for the full five hours“.

“Upon the final results being confirmed, I finished in eighth place overall, which I was really happy with given the quality of the field, the awful conditions and my drawing arm letting me down“.

“It has been a fantastic event and I can’t wait until next year“!

Finishing just inside the top half of the leader board was Eddie Bridon. After the opening two days of the competition, Eddie found himself in contention with a cumulative weight of 63-13-00. However, Eddie suffered a terrible draw on the final day pulling out peg 10, which produced just two hybrids weighing 1-14-00 between them. Unfortunately for Eddie, this dashed any hopes he had of a top place finish ending the final day last in his section and in twenty fourth place overall.