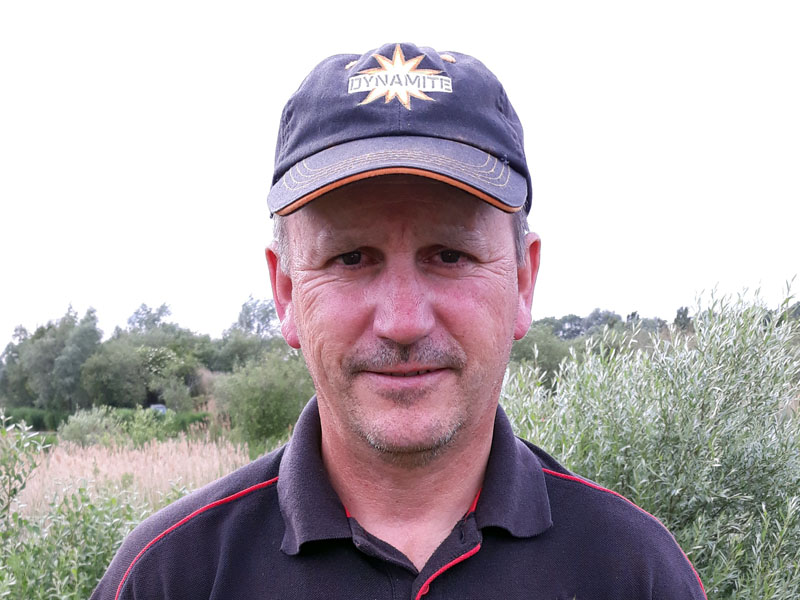 Almost perfect conditions greeted the seventy eight (78) competitors for Mega Match This qualifier number 12 of the 2019 Mega Match This series with light cloud coupled with a gentle breeze putting a nice ripple on all the pools at Decoy Lakes.

Carp had been spawning during the two days prior to the match and many wondered what effect this would have on the day ahead, even though there had still been some big catches in matches during this period.

Despite concerns, there were still twenty four (24) weights recorded over the magic 100lb mark with twelve (12) of the fourteen (14) sections also being won with over 100lbs. 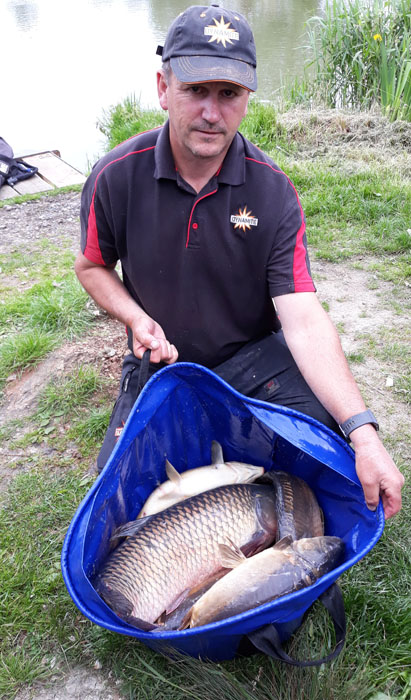 Chris Barley recorded the largest ever qualifying weight in the competitions nine year history at Decoy Lakes weighing in a colossal 363-15-00!

Winner of this match and attaining the biggest weight ever recorded in a Match This qualifier since the competition started in 2011 was Dynamite Baits-backed angler, Chris Barley.

Chris drew Peg 30 on Beastie and, on arrival at his peg, was presented with cruising carp in numbers.

Being no stranger to this venue he knew there was a good chance of a big weight given the number of cruising fish in front of him, so decided his main line of attack would be to follow the carp around his peg dobbing with hard 6mm pellet, but switching to 4mm if / when the fish got finicky. Chris was able to pick individual fish off for the duration of the match to end the day with a truly impressive catch.

At the end of the match Chris had netted forty four (44) carp and two (2) F1’s including a 20lb grass carp to finish well clear of the field with a colossal 363lbs 15oz to become qualifier number twelve (12) for this years final. Chris also booked his place in the Maver British Pole Championships in the process to round off a red letter day!

Second on the day was Matrix / Bag ‘Em-backed angler Reece Hearn. Drawn on peg 3 on Horseshoe lake Reece opted to fish caster shallow for most of the match switching to his edge swim with worm late on. Getting through six (6) pints of caster he netted forty four (44) F1’s and eleven (11) carp, the biggest going 10lbs, to finish the match with 196lbs 12ozs.

Reece has already qualified for the Maver British Pole Championships in an earlier qualifier so his place was passed on to 4th placed man on the day, Nathan Watson.

Rounding off an incredible top three finish on the day was Guru’s Barry Mason (Bag ‘Em Baits). Barry drew peg 9, also on Horseshoe lake, and opted to fish the feeder whilst feeding his edge swim to finish the match with a net of F1’s and carp to 8lbs for a final 168lbs 5ozs.