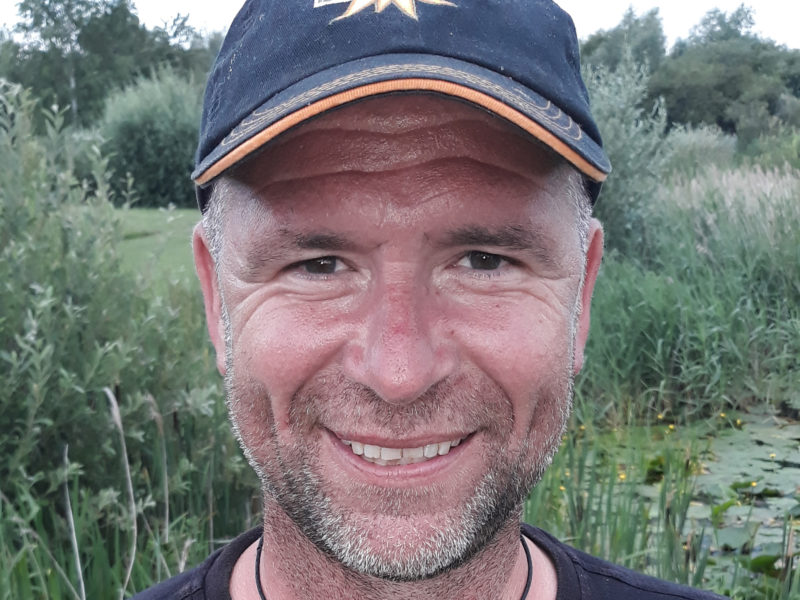 Conditions were not ideal for the 120 competitors taking part at Decoy Lakes in this, the 17th qualifier of the 2019 series with hot, humid conditions, little or no breeze and hundreds of fish cruising around on all of the lakes just below the surface. That said, the venue as usual, didn’t disappoint, with 37 weights over the magic ton, even though for most it was a shallow fishing day feeding little and often and in some cases no feed at all to pick off the cruising fish.

The exception to the shallow rule and winner on the day was Shimano/Dynamite Baits backed angler Nick Speed. Drawn on Louis Lake, peg 7, he opted to initially start his match on a small Method feeder across to the bushes in front of him and was immediately into fish from the off. He caught fish steadily for the first couple of hours whilst feeding his margin with micros at half a top 2 to his left and then started to lose fish in a snag. At this point he decided to switch to his short line with maggot hook bait to find fish in numbers under his feet and never looked back. He finished the match well clear of the field with the second highest recorded winning weight of the series so far of 343lbs 9ozs made up of Carp to 12lbs to book his place in this year’s final.

Nick had already qualified for the Maver British Pole Championships, so his place will go to the 4th placed angler.

Runner up on the day and drawn on Elm peg 15 was MAP backed angler Jason Collins who, finding fish cruising in front of him opted to go mugging with 6mm pellets as hook bait to land Carp up to 15lbs and finish the match with a weight of 256lbs 1oz to book a place in the Maver British Pole Championships.

In third place and drawn on Willows peg 7 was Preston Innovations/Sonubaits backed angler Jimmy Brooks. He also found fish cruising in front of him and opted for the dobbing approach to net Carp to 12lbs for a final weight of 248lbs and also qualify for the Maver British Pole Championships. 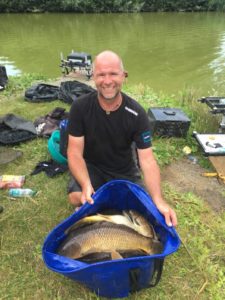 Nick with part of his huge winning catch