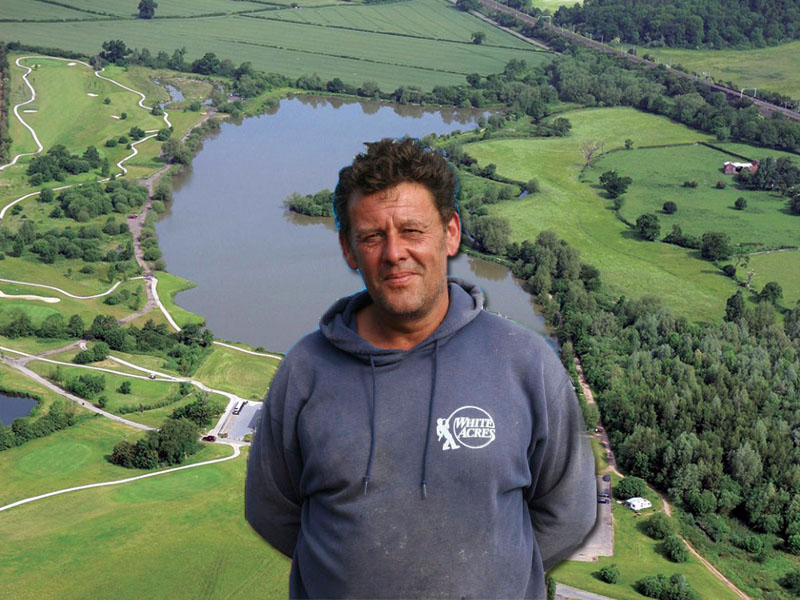 Qualifier number six (6) of the 2019 Mega Match This series proved to be a real test of endurance for many of the ninety five (95) competitors. Conditions on the day were nothing short of horrendous with some anglers struggling to get to the venue due to the surrounding roads being so bad. Once proceedings were underway, it also proved a struggle to entice the resident Barston carp and skimmers for many, with the day turning out to be a very low weight affair compared to what Barston is capable of producing. However, come the end of the five hours, it was the noted pegs that eventually turned up trumps. 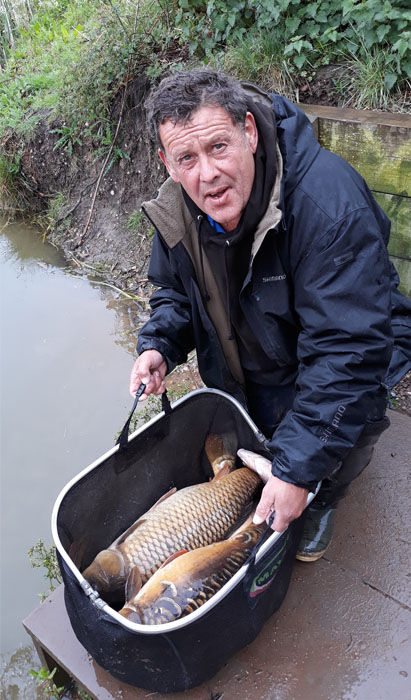 Mark Stainsby confirmed his third Match This final, and his first at Maver Hayfield Lakes, after topping a tough qualifier event at Barston Lakes

Winner on the day, and qualifier number six (6) was Barnsley based regular Match This competitor, Mark Stainsby.

Drawn on end Peg 124, Mark, (like many others) got off to a very slow start fishing a small method feeder packed with micro pellet and a wafter on the hook. Loose feeding 6mm pellets over the top at twenty five (25) metres range, Mark’s only action during the opening hour of the match was connecting with a single skimmer which, to add to his woes, sipped the hook.

Continuing to persevere with his chosen method he eventually started to find odd carp over the course of the next hour, losing three (3) good-sized fish in the process before starting to pick up more fish as the match progressed.

Mark finished the match with a weight of 171lbs 1oz made up of carp to 15lbs to qualify for his third Match This Final – his first at local venue Maver Hayfield Lakes – and the 2019 Maver British Pole championships in the process.

In second place and drawn on Peg 123 next to the winner was Shimano / Dynamite Baits backed angler Nick Speed. Nick also opted to fish the method feeder, but started at range to pick up a couple of carp whilst loose feeding pellets on a shorter twenty five (25) metre line.

Switching to his short line after two (2) hours Nick started to catch carp to wage a fish-for-fish battle with Mark to finish the match with a weight of 136lbs 4ozs made up of carp to 15lbs. Unfortunately for Nick, the majority of his fish were of a smaller stamp meaning he fell short of Mark’s winning weight. Nick also qualifies to fish in the Maver British Pole Championships later in the year.

Third place went to Solihull Angling Centre / Smithy’s Tackle backed angler, James Evans. Drawn on end peg 61 on the river bank, James opted to set up both a pellet waggler and method feeder, but also had to endure a very slow start to the match with no fish gracing his net during the first two (2) hours.

Later in the match, James managed to find four (4) carp to 18lbs on the pellet waggler in quick succession before switching to the method feeder for a few more carp to finish the match with a total of 72lbs to confirm his place in the Maver British Pole Championships.