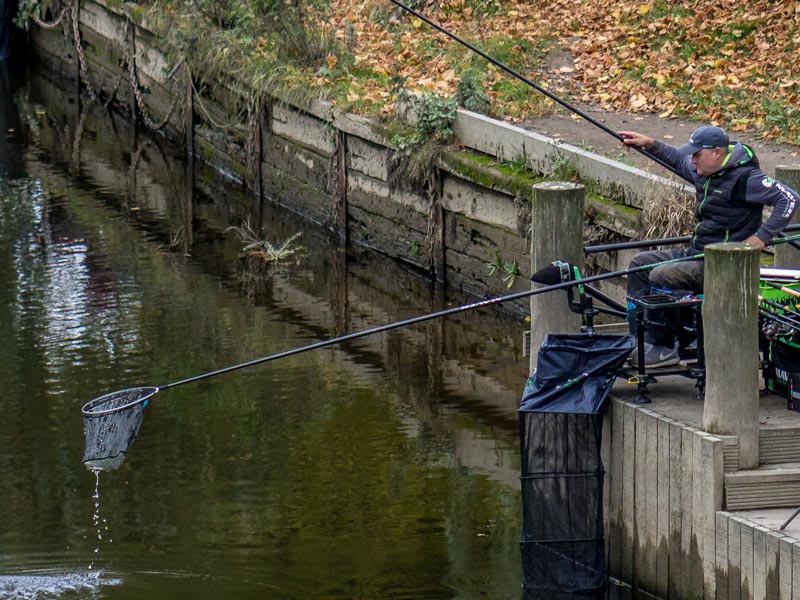 Just five (5) days into the New Year and Welshman Lee Edwards has secured his first festival win of 2019 after topping the two-day ABC Baits Festival held on the River Severn at Shrewsbury. The fifty (50) peg event was decided by way of points with five (5) ten (10) peg sections with money paid every five (5) anglers. Anglers were placed off the back of a random draw both days with a single ten (10) peg section on the County ground and four (4) sections pegged down the quarry.

Weights leading up to the weekend had been good so everyone was hopeful of a closely contested event and a fair river despite both the air and water temperature dropping in the few days before.

Below, Lee reflects on what was a successful outing on a difficult River Severn. 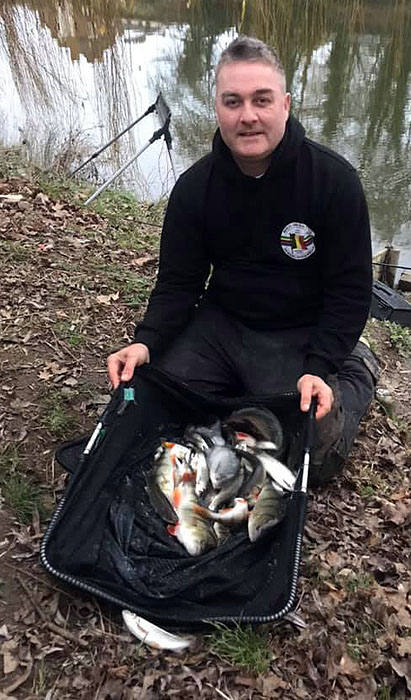 Lee Edwards with his day two catch, which helped him towards overall victory on a difficult river Severn

“On the opening day of the festival, I found myself on peg 85, just out of the trees. I thought I’d catch a couple of stragglers as the majority of the fish tend to favor pegs 84 and 83. My ten (10) peg section also featured fellow Maver man, Eddie Bridon, on the end peg, so damage limitation would be the order of the day“!

“I had my first bite around two hours into the match, which I managed to lose, before waiting another ten (10) minutes for another. From this point on in the match I started to catch for the next ninety (90) minutes. However, outside of this flurry of activity midway through the match, I caught just one other fish for the remainder of the match“.

“Come the end of the opening day, I dad 8lb something of Dace on the bolo for second in section. Below me was very poor for most due to the presence of Goosander’s giving the venue a hammering“.

“The second day of competition put saw me on peg 34. Matt Derry had caught from the peg yesterday, so I was optimistic of a few bites“.

“I decided to set up a flat float and fish just off a partly submerged tree where I knew Matt had perch from in numbers on day one. I also opted to set up a waggler and a bolo line“.

“The peg is a little awkward with the flow coming towards you as a result of the bend upstream.
I managed just a single bite from a perch at 14m and found nothing near the bush. I managed to pick off odd dace, chub and perch on the waggler and bolo to put together enough for a section win with 10lb odd“.

“The Severn is a fickle river and I now have a much better understanding of how to present a bait to the fish when using running line. It’s not a lazy mans river, but is a very different venue when it’s rigid and anglers are catching on whips, etc“.

“Anyway, due to the Goosanders moving the fish along, the five (5) anglers that won their ten (10) peg sections yesterday couldn’t quite replicate the same result on day two, so I ended up winning the festival with three (3) points overall. Rob Quinn took second place and Scott Geenes third“.