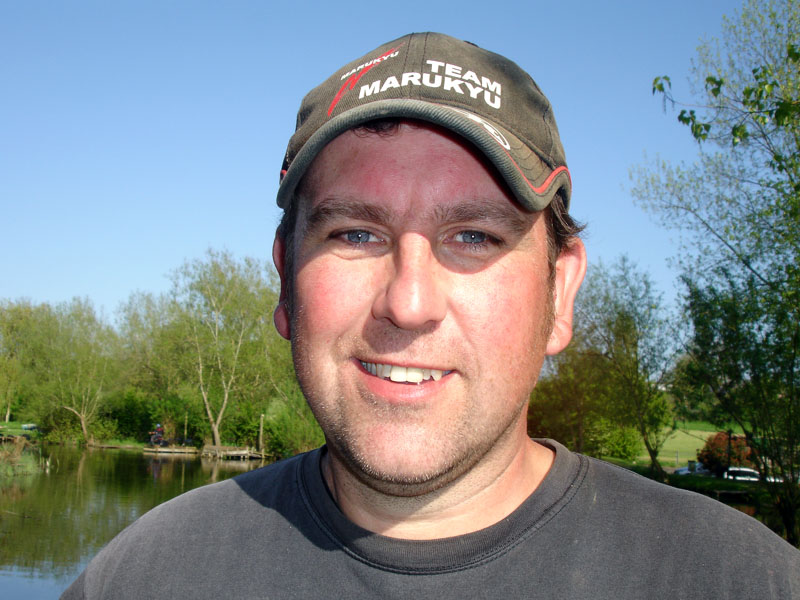 Saturday 5th May saw the 2018 Maver Mega Match This qualifier campaign stop off at the ever-popular Tunnel Barn Farm in Shrewley. Conditions for this latest qualifier were extremely hot with temperatures well in excess of 20 degrees, little to no breeze and not a cloud in the sky. Despite the resident carp showing signs of spawning, the fishing was as we’ve come to expect from Tunnel Barn – fantastic! With no less than twenty five (25) weights over the ton, with four (4) of those tipping the scales over 200lbs, the venue produced yet another extremely competitive qualifier event. 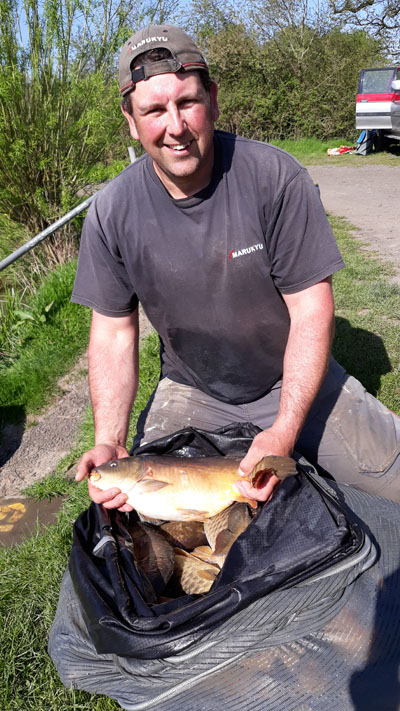 Steve Freeman enjoyed a hectic day’s sport catching carp up to 4lbs down his edge from the off.

Winner on the day was Peterborough-based rod, Steve Freeman. Steve drew peg 13 on Club lake and opted to fish meat long at 14.5m down his edge over dead maggots and enjoyed a frantic days fishing catching carp from the off up to 4lbs. Steve caught well for the duration of the match to weigh in 253-10-00 at the end of the five hours to secure his place in September’s big money final at Maver Hayfield Lakes. Steve also qualifies for the 2018 Maver British Pole Championships in August.

Second place on the day was secured by Ryan Lidgard from peg 1 on Top lake. Ryan fished casters shallow at 6m and down his edge to catch mainly F1’s up to 3lbs to weigh in 212-06-00.

Paul Wright (Halkon Hunt / Dynamite Baits) rounded off the top three finish from peg 11 on Club lake. Like most of the field, Paul found a good number of fish on casters fished shallow before going long over to the far bank pinging 6mm pellets to find some better quality fish. Paul ended the day with 206-06-00 to earn himself a place in this year’s British Pole Championship final.

The last of the automatic British Pole Championship qualification places was taken by Richard Bond (Tri-cast / Van Den Eynde) from peg 11 on Jenny’s. Richard caught F1’s and carp to 8lbs fishing maggot shallow and 4mm expanders down his edge of micro pellets to offer 201-11-00 to the scales at the end of the day.