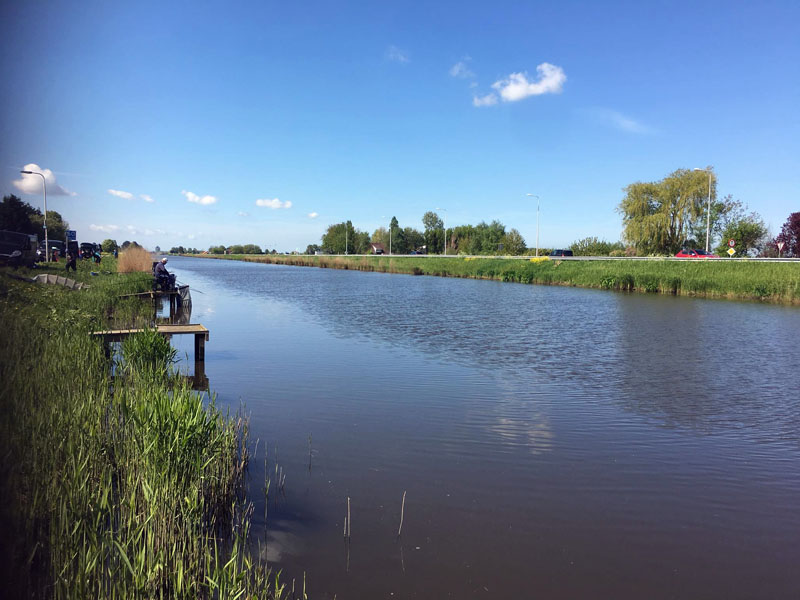 Welsh International Lee Edwards has returned from the annual Anglo Dutch Classic held on the Voorne Canal in Holland as the 2018 Champion! The event, which attracts some of the sport’s biggest names, is fished over four (4) days with this year’s event seeing one hundred and fifteen (115) anglers go head to head for the impressive trophy.

The weather leading up to the event had been settled but the venue then suffered a sudden drop in temperature with heavy rainfall perhaps taking the shine off what would have otherwise been a much better event in terms of the sport on offer with many anglers forced to change tactics at very short notice and the target big bream dispersing.

Below, Lee reflects on his time in Holland:

“I received an invitation to fish this year’s Anglo Dutch Don Slaymaker Memorial festival in Holland after some friends fished it the previous year. The fishing looked great so I didn’t hesitate in taking up their offer and booking on. The venue was the Voorne canal, which is fairly straight and featureless with a uniform depth of around six (6) metres and big Bream being the primary species to target“. 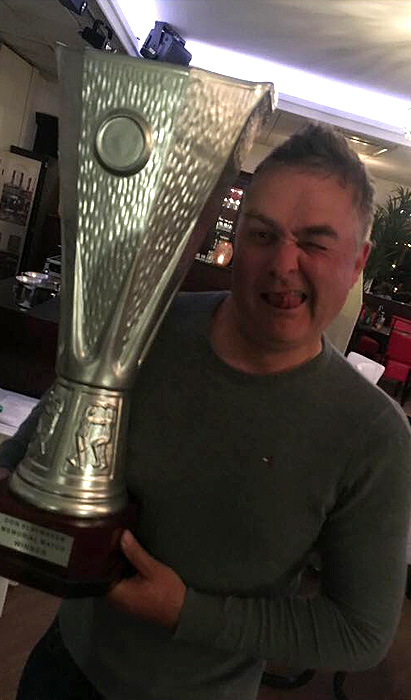 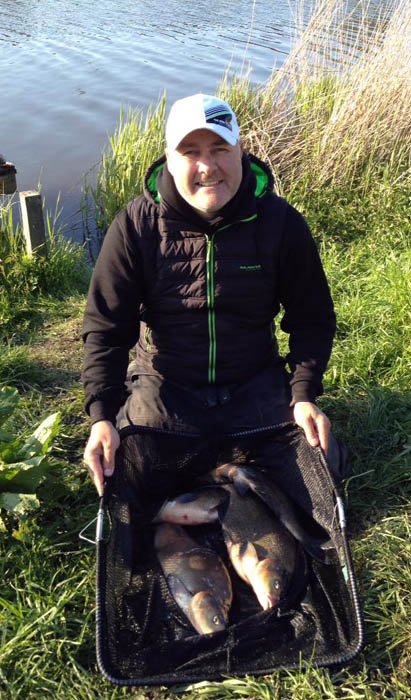 Lee found himself amongst some better quality fish on day two.

“I arrived on the Friday evening with a plan to fish the open practice matches on the Saturday and Sunday. The match length is permanently pegged and I pulled out peg 136 – a consistent area I was told. I opted to set up two feeder rods – one for fishing three quarters of the way across, and the other for around 3-4 metres off the far bank. I used a sweet 50/50 groundbait mix, which I stuck with for the duration of the festival“.

“I started on the shorter line and picked off a few bream for the first half of the match before going over to the far bank to pick up some more. I ended the match with seventeen (17) bream for 31 kilo to win the match. All fish came to red worms on the hook feeding chopped worm and casters through the feeder“.

“The second day of practice saw me draw a similar area on peg 139, so I narturally thought I’d have another enjoyable days fishing – how wrong I was! The weather had changed, the wind had turned and was blowing the opposite direction to the day before, the temperature had dropped considerably (around 15 degrees) and it was hammering down with rain. The fish had generally moved down with the wind around a dozen pegs and I could only manage a couple of bites before deciding to pack up just before the end of the match“.

“With the drastic change in conditions going into this year’s festival, I was not feeling confident! Going into the opening day, I set out my stall to fish a tidy, negative match and fish for anything. I also decided to set a pole up just in case“.

“After only a few Ruffe and a silver bream on the feeder, I decided to try the pole instead, but that also only resulted in a Ruffe. I went back on the feeder and missed a proper bream bite, which totally stripped the bait off the hook. I decided to persevere on the feeder for a while but nothing was happening. With around ninety (90) minutes of the match left, I decided to go back on the pole, but changed the way I fed cupping in regular as the competition rules out the use of catapults, etc“.

“The first put in produced a silver bream, followed by another, and then another. The fish were there. With word on the bank suggesting only two (2) bream has been caught in my 18 peg section, I decided to get my head down and go for a bag of small fish. By topping up regular and using casters or a worm head on the hook, I amassed 2.5 kilo of small silver bream as well as a 2lb eel (which has to be returned immediately after capture) to finish second in the section, which I was happy with as I’d managed come from nowhere to somewhere“.

“Day two of the festival saw me draw what was considered a more consistent area for bream, but my section was a split section including two end pegs! To cut a long story short, I had seven (7) bites for seven (7) bream on the feeder for second in my section with 12 kilo. This was good enough for fourth place overall on the day with the end peg in the 70’s winning as it had the day before“.

“Day 3 saw me draw peg 68, which is a better area due to being next to a small road bridge.
I had a lovely day’s fishing catching fifteen (15) bream on feeder to win the section with 26 kilo and finish fourth overall on the day“.

“After three days, I had recorded five (5) points and was winning the festival at this point. Going into the final day, there were two (2) anglers that could overtake me if they won their sections so it was still all to play for“.

“The final day of the festival placed me in another split section with four end pegs! I decided a no nonsense approach was in order with me needing to secure a section win to stand any chance of winning the festival overall. I set up two feeder lines with two rods and left my pole in the holdall“!

“I endured a horrible start to the match with not even a bite after the first two hours – I thought it was all over! The two end pegs closest to me had caught fish and I could see fish being landed up the other end of the split section regularly – a change was needed“!

“A different feeding approach, combined with a little help from the sleuce that started to pump in water for fifteen minutes, resulted in six (6) bream before it went quiet again. I managed to pick off more by feeding positive to end the day with seventeen (17) bream for 33 kilo, which won the section and, surprisingly, the match. Second place was secured with 25 kilo from an end peg“.

“At the end of the four days I’d done enough to I win the festival overall on my first attempt. I also won the pools for the biggest overall weight of the week too, which was a bonus“.

“It was a good week with some good friends. I’ve never fished such a laid back event before with the added bonus of being able to park behind your peg! I decided before the week was over to give it another go next year – it would be rude not to, especially now I have a title to defend“.