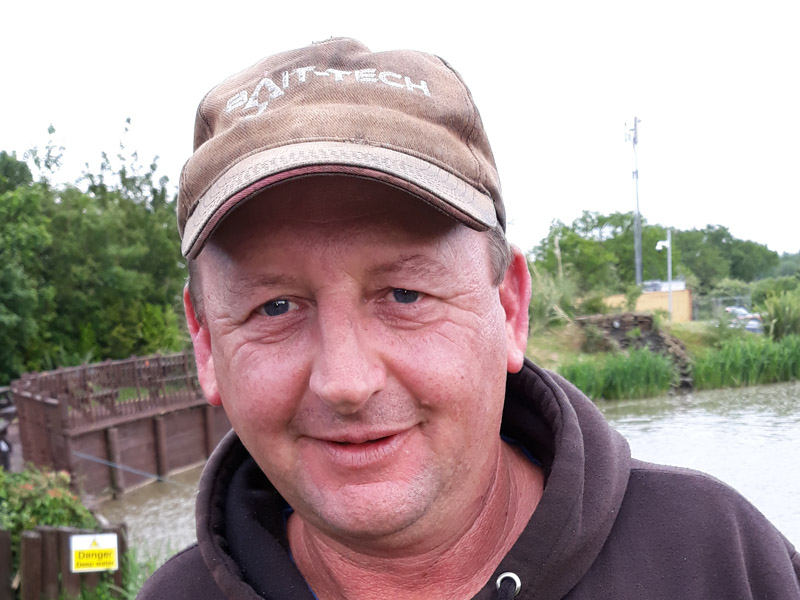 Qualifier number eight of the 2019 Mega Match This series saw a return to Partridge Lakes. With conditions having been consistently warm over the course of the week leading up to the qualifier, water temperatures had increased and the venue’s resident carp had started to spawn.

The fine conditions leading up to the match were, however, followed by a sudden drop in temperature come the day of match and, coupled with next to no ripple at all on Covey lakes 1-6, it didn’t bode well for a particularly prolific qualifier event.

That said, many of the seventy seven (77) competitors for this latest qualifier enjoyed some good sport with fourteen (14) weights over the magic ton and the lowest section winning weight still being a respectable 64lbs. 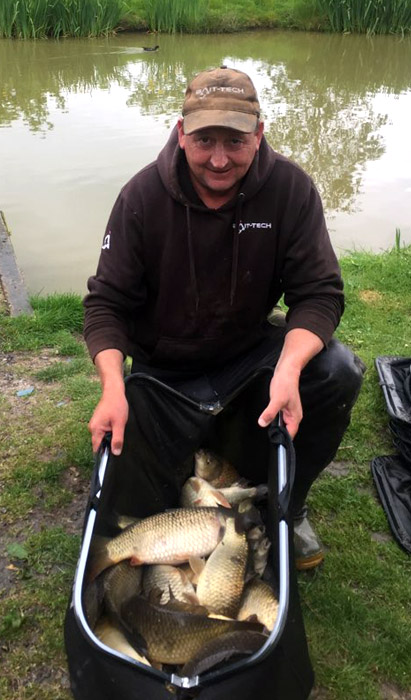 Enjoying his days sport, and being one of those weighing over the magic ton, was Matrix / Bait-Tech LTB-backed angler, Adrian Twist.

Drawn on peg 149 on Covey 6 Adrian opted to fish short at six metres and was into fish right from the start offering maggot on the hook whilst feeding maggot over the top.

Adrian continued to caught steadily throughout the match on this line finding F1’s and carp to 4lbs for a winning weight of 147lbs to book his place in this years final, and also take part in the Maver British Pole Championships.

In second place and drawn on peg 4 on Covey 1 was former Match This finalist and fellow Matrix / Bait-Tech LTB man, Howard Kelly. Howard opted to fish caster shallow at five metres whilst feeding his edge with worm and caster for later.

After fishing out his caster line he switched to his edge line with worm to finish the match with a net of F1’s and a few carp to 6lb for a weight of 129lbs 1oz to also book his place in the Maver British Pole Championship final.

The third and final Maver British Pole Championship place went to Fishing Republic-backed angler, Mitchell Rawlinson. Drawn on peg 99 on Covey 4 Mitchell also fished caster, but went against the masses and fished to depth at thirteen metres to find F1’s and carp to 6lbs for a weight of 128lbs 8ozs.