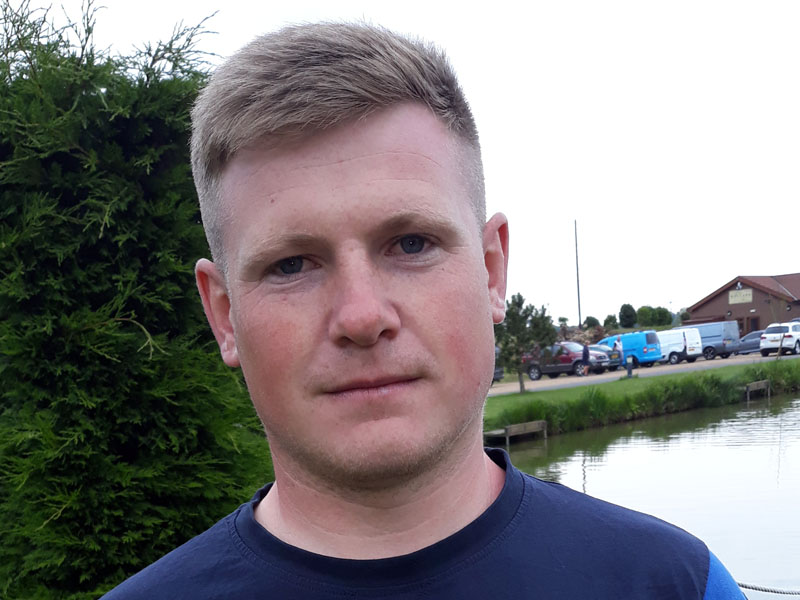 A good turnout saw ninety three (93) competitors, many of whom were fishing the forthcoming Westwood festival, attend the nineth mega Match This qualifier of the 2019 campaign for a place in this year’s final.

Conditions were ideal with a reasonable amount of cloud cover, but a chilly light breeze made its presence felt whenever the sun went in producing some occasional ripple in some areas. The standard of fishing on the day was excellent with competing anglers spread across Skylark, Swallow and Falcon, with many fancying a draw on Skylark.

In total, thirty nine (39) weights over 100lbs were recorded, of which seventeen (17) came from Falcon, eighteen (18) from Skylark and four (4) from Swallow. 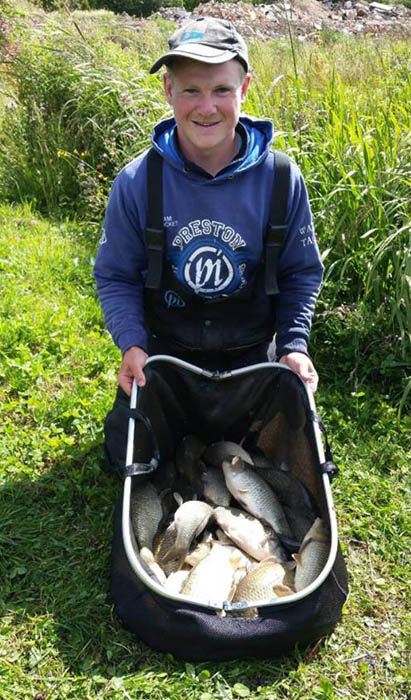 Five (5) of the top six (6) anglers on the day came from Skylark with eventual winner, Preston Innovations Backed Sam Slocket drawn on Peg 1.

Despite always being a fancied area, Sam still had it all to do! with Westwood being such a prolific venue, the match could be won from a number of areas! Concentrating on his right hand margin from the off at four (4) metres feeding pellets with pellet on the hook, he got off to a slow start but things picked up after an hour and he caught steadily throughout the match on this line to net carp to 7lbs.

Sam carried on catching well for the remainder of the match to end proceedings with an excellent winning weight of 235lbs 4ozs – the largest of the 2019 qualifier campaign to date – to book his place in the final for a chance of the big prize and also a place in the Maver British Pole Championships.

Hard on the winner’s heels was Roper Caravans-backed James Roper. James drew peg 7 on Skylark and, after starting short in the margin with little return for his efforts, switched to his long line at 14.5 metres feeding micro’s with expander on the hook. He was soon into fish and continued on this line for the rest of the match to net carp to 8lbs for a final weight of 210lbs 8ozs, which secures him a place in the Maver British Pole Championships.

Taking third place, and also booking his place in the Maver British Pole Championship final, was Matrix / Bag Em Baits sponsored angler, Reece Hearn. Reece also drew on Skylark on neighbouring peg 3, just two (2) pegs away from the winner. Alternating between his margin and the far bank feeding micro’s with banded hard pellet as hook bait, he netted carp to 10lbs for a final tally of 190lbs 8ozs.