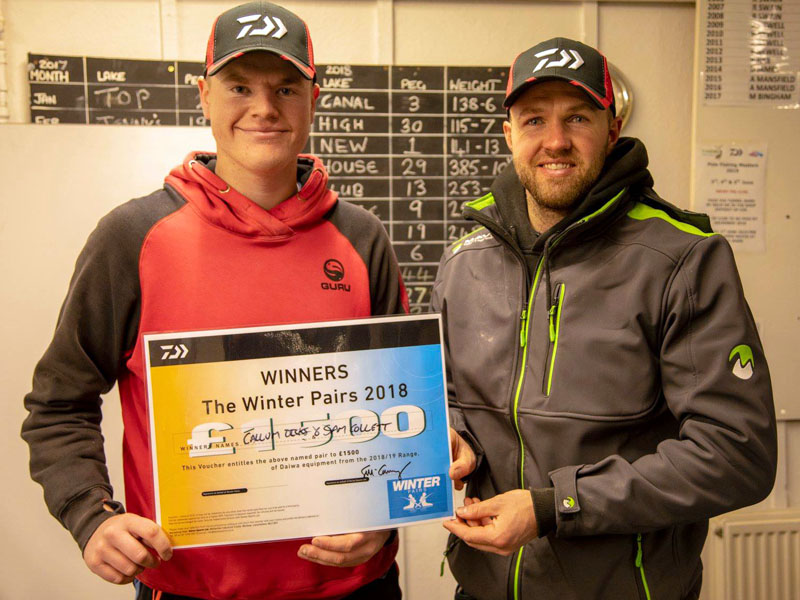 The two-day event was attended by an incredibly strong if small field including some of the best commercial anglers in the country including Andy Power, Will Raison Andy Bennett and Paul Holland. The event was held across both House & Extension Pools with each angler fishing each lake over the course of the two days. Anglers competed for section points with weight being the deciding factor in the event of a tie.

Callum has been enjoying a great run of form at Tunnel Barn Farm of late and is currently competing in the teams of four winter league there. Given his form at the venue, and how in tune Callum is with the resident F1 stocks, he and partner Sam fancied their chances despite the competition!

Below, Callum reflects on what was a successful two days for the pair, which ultimately resulted in overall victory: 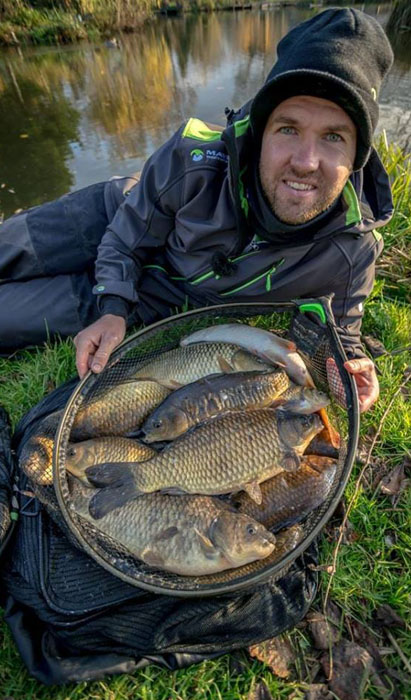 “Sam went into the bag and drew peg 37 on Extension and peg 13 on New pool – which I felt were two reasonable draws. Sam went on peg 13 and I took peg 37. This particular area of Extension is very narrow and shallow, which meant my match would be very simple“.

“I started on bread dobbing to some rushes but, after twenty (20) minutes, I’d not had any indications. I spent the rest of the match fishing down the middle with maggots chasing the fish down and out of the peg tapping in 10-15 at a time“.

“I continued this method of attack until the finish and ended the match with 62lb. Sam put in a great performance on New pool to weigh in 86lb giving us 148lb. This was enough for second place on the day just behind Paul Yates and Andy Bailey“.

“Day two, and I decided to let Sam go into the bag again. He pulled out peg 28 on Extension and peg 16 on New. We had to swap around sections, which meant I was going to peg 16 and Sam to peg 28“.

“I fished a very similar match to the day before starting on bread, but again no bites. I switched to maggot again down the middle chasing the fish out of my peg. I did have one good little run down in the edge to my left near the end of the match, again on maggots, which helped boost my final weight“.

“I ended the match with 66lb, which to be honest, I was a little disappointed with because I’d caught seventy (70) fish, but they were a bit on the small side. Sam put in another great performance to weigh 48lb“.

“Overall, we ended the competition with a cumulative weight of 262lb over the two days, which was enough to take the win. We received a nice payout between us and a generous £1,500 tackle voucher – happy days“!