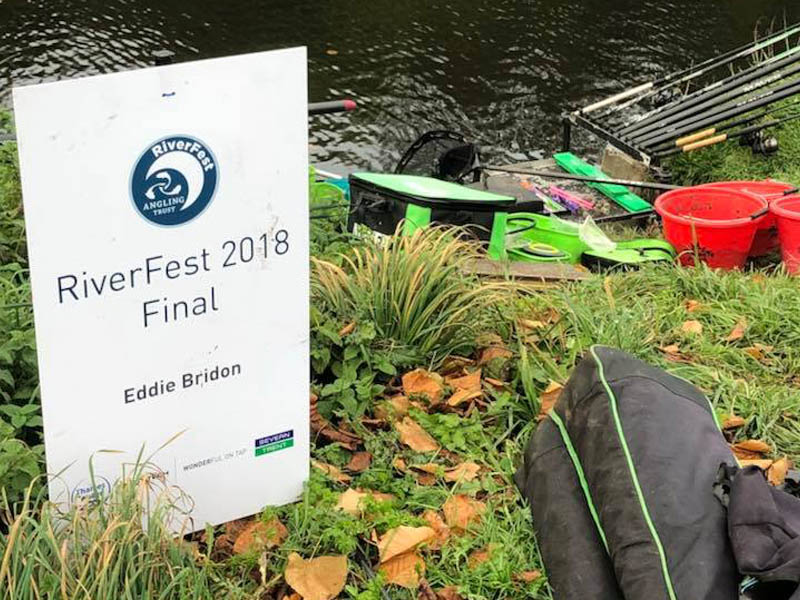 The first weekend of November marked the the sixth annual two-day Angling Trust RiverFest final. Seventy two (72) anglers lined the banks of the River Severn at Shrewsbury for their chance to win the £13,000 first place prize and, what has now become one of the most iconic trophies on the modern match circuit.

The final took place on the County Ground and Quarry Park lengths either side of the Welsh Bridge and saw Maver backed England Feeder team member Eddie Bridon take part in what was another superb event.

Below, Eddie reflects on what might have been had the draw God’s been a little kinder! Still, despite Eddie facing unfavourable draws on both days, he still managed to finish inside the top half of the overall field. 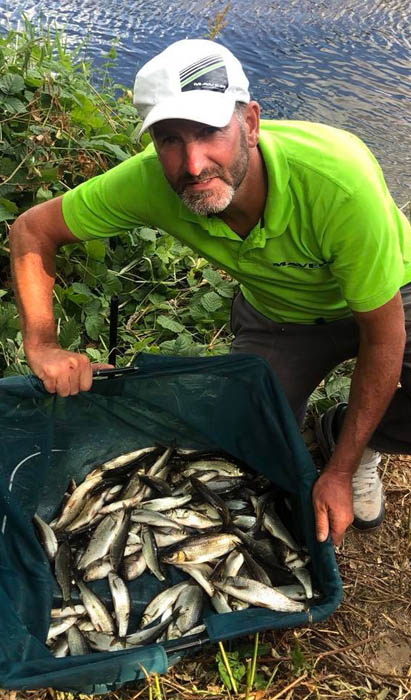 Eddie Bridon’s 2018 RiverFest campaign was blighted by poor draws on both days, yet still managed a place in the top half of the overall standings

Day 1, Peg 30
“The opening day of the final placed me on the County ground on peg 30. I wasn’t sure what to expect going into the opening day given my draw as I really needed to have drawn the bottom twelve pegs in the zone, which were on the quarry length. With the County ground not enjoying the best of form leading up to the event, I set myself a target of around 8-10lb, which I felt fairly confident would get me out of jail“.

“I set up two six metre Superlithium bolo rods with 3g & 4g Finesse bolo floats for mid river as well as three top five pole rigs on my Signature 800, where I planned on fishing long at 14.5m. I also opted to set up a 14ft Signature Pro waggler rod with a 4g float to give me another option should I need it“.

“I started the match on the pole and caught straight away with both small dace and odd small roach keeping me busy for most of the match. I ended the day with seventy five (75) dace, four (4) roach and a bonus 3lb chub to weigh in 9-13. I was extremely happy with my day one weight given where I’d drawn. I would’ve finished with a little bit more if I’d managed to land a lone barbel I hooked“.

“I opted to set the pole up at 16m with two top five 0.8g rigs using a strung out shotting pattern as well as a heavier 1g olivette rig. As per the previous day, I also set up two bolo rods with 3 & 4g rigs as well as two waggler rods; one for fishing to depth and the other for fishing around two feet off the bottom“.

“As I suspected, it was a slow start to proceedings with nothing coming to the net after the first hour. However, over the next couple of hours, I managed to find a number of dace on the pole before the bites dried up. I then cast a maggot feeder across to the far bank, which produced a lone perch, which gave me 6-07 and total weight over the two days of 16-04“.

“I needed 21lb to make the top 10, so was out of the race. However, I managed to win my six peg section on the Saturday and picked up a welcome £250, which helped to pay for the weekend“.

“Roll on next year when I’ll try to qualify again“.