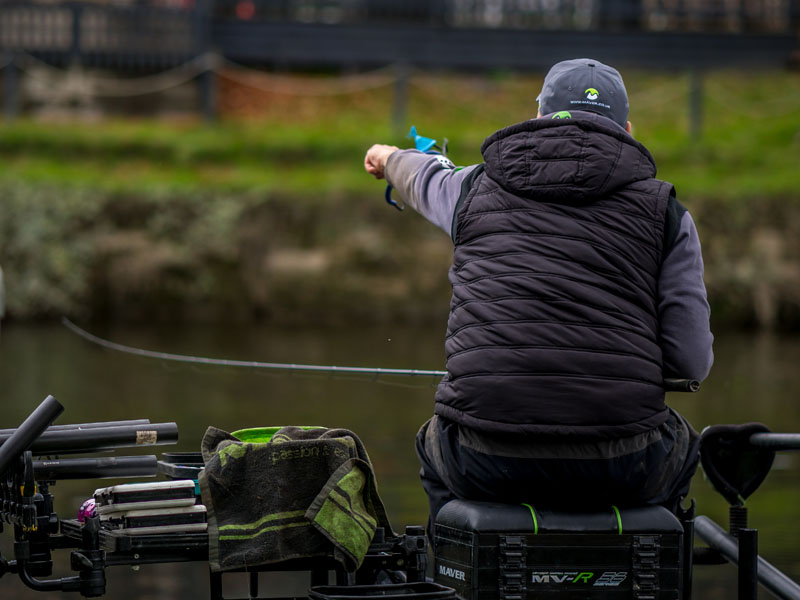 November 3rd and 4th saw the country’s Premier river fishing competition take place with some of the UK’s top running water anglers going head to head for a total prize fund worth £40,000.

The sixth annual two-day Angling Trust RiverFest final witnessed seventy two (72) anglers line the banks of the River Severn at Shrewsbury for their chance to win the £13,000 first place prize and, what has now become one of the most iconic trophies on the modern match circuit.

The final took place on the County Ground and Quarry Park lengths either side of the Welsh Bridge and saw Maver backed Welsh International Lee Edwards and England Feeder team member Eddie Bridon take part in what was another superb event.

Below, Lee reflects on this year’s RiverFest event on what was a brand new venue for the competition this year. 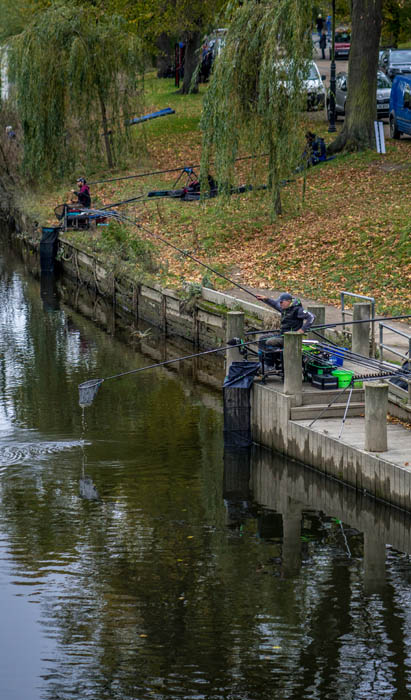 “To be honest, upon arriving at my peg, it didn’t look overly inviting. I had drawn an area with no trees over on the far bank and was told I’d struggle from this area due to the fish liking cover“.

“With the RiverFest final being fished over two (2) days, I didn’t let the draw impact the rest of the day and kept an open mind and set out my stall to try and catch what I could from an area that, on paper at least, wasn’t where I wanted to be“.

“I set up two 14ft Signature Pro rods; one to fish close to the far bank and the other just off; two 16ft Signature Pro Classic float rods with 3g & 4g bolo floats with the bulk placed around a meter from the hook; two Signature Series 1 pole rigs for long pole work and, finally, a Signature Series 2 rig for targeting the perch. All reels were loaded with .15 MVR power reel line“.

“I started off on the waggler to see what was about and had my first fish half an hour in from a dace. I decided to change to a bolo rig, which proved much better with the fish lying directly underneath the hemp“.

“By holding onto the rig or lifting the bait up a foot and letting it drop resulted in odd bites from a good stamp of dace, but the fish were not confident! I had to scale down to .09mm MVR hooklength mono and a size 20 hook to get a bite“.

“Before the day was finished I enjoyed a little flurry of small dace on the pole, but the majority of the fish seemed to be further out approximately one third across the river“. 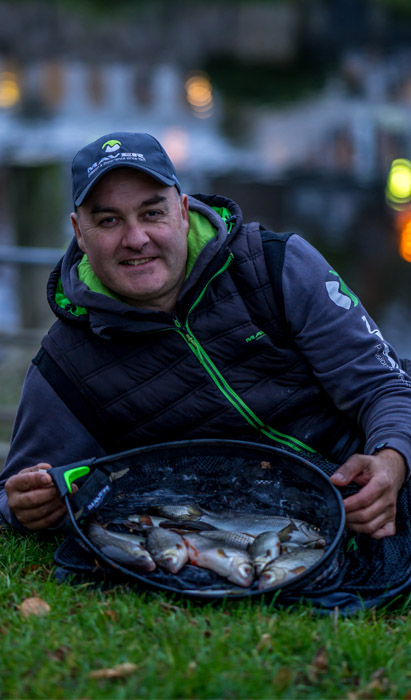 “Come the end of the opening day, I offered 16-01-00 of quality dace to the scales, which I was pleased with given the draw and how elusive the fish proved. After day one, I found myself in 7th position overall going into day 2“.

“Day two saw me on a much more favourable draw. I really wanted to try and avoid an area where I might risk blanking from and peg 51 is not too bad an area. With the top three places already being out of reach after day one, my main goal now was to try and finish in the top ten“.

“The peg looked great, but was shallower than the pegs above me and had no recent form. I decided to set up the same tackle as the day before but opted to use smaller floats on my pole lines“.

“Fishing on the day was a real struggle with no dace in the peg. All I could find were odd roach, which proved to be very fickle“.

“I started on the pole over groundbait but had nothing. All I could manage were odd bites running a waggler down the river over and over again“.

“I soldiered on for very little until the light started to fade in the last fifteen minutes, at which point, I had a run of roach to increase my total weight to 06-02-00. My hopes of finishing inside the top 10 were over – or at least I thought they were“.

“As it turned out, I ended up finishing in 8th place overall, which I was happy with. This now means I’ve managed to finish inside the top 10 overall each of the three times I’ve qualified for the event, which I’m proud to be able to boast – especially given how the river fished this year“.

“Needless to say, I’ll be giving it my best to get into this great event again next year“.