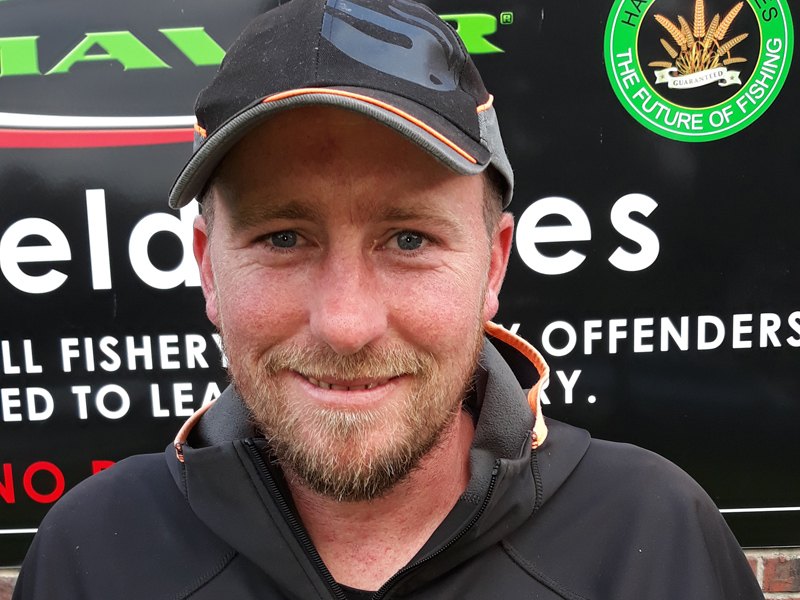 During the course of the 24 “MMT” qualifying rounds the top 3 individuals form each match are invited to participate in the Maver British Pole Championship, held at Maver Dynamite Hayfield Lakes. Forty eight anglers accepted the invite to take part, in what turned out to be an extremely good match, considering the conditions, which, although dry, were very blustery and at times turned some areas of the lakes into something resembling the English Channel. Both Adams and Island lakes were in use with 23 anglers pegged on Island and 25 pegged on Little Adams and Big Adams giving all plenty of room.

With such choppy conditions, mugging fish was not going to be an option and the order of the day for many was to start short and to feed the 13 to 14 metre line for if and when the wind dropped.

Winner on the day and crowned Maver British Pole Champion for 2019 was Tricast/Guru/Blake Baits backed angler, Andy Bennett, who drew Island Peg 23. Initially starting short at 4 metres and constantly feeding his 14 metre line with 6mm pellets, he picked up a few small fish but really wasn’t going anywhere with this line. Switching to his 14 metre line at full depth after about an hour, he was immediately into fish and despite the conditions, managed to net an impressive 260lbs 11ozs of Carp to 6lbs.

In second place and drawn on Island Peg 2 was Frenzee/Bait Tech backed rod Jon Whincup. This was, beyond a doubt, the windiest area on the complex and gave Jon only 2 options. Down his edge to his left and short in front of him at 4 to 5 metres. Constantly feeding his short line with 6mm pellets, the fish eventually turned up and, although he lost a few due to the wind, managed to finish the match with 209lbs 11ozs of Carp to 10lbs.

Drawn on Island Peg 57, on the wood bank, with slightly less wind to contend with was Daiwa Dons rod Andy Bailey. Starting the match short at 5 metres on the deck, Andy, like many, picked up a few early fish whilst feeding his 14 metre line. With more favourable conditions as a result of the wind turning slightly, Andy switched to his 14 metre line shallow with pellet and weighed in with a total of 181lbs 7ozs of Carp, Carrasio and Skimmers for third place.