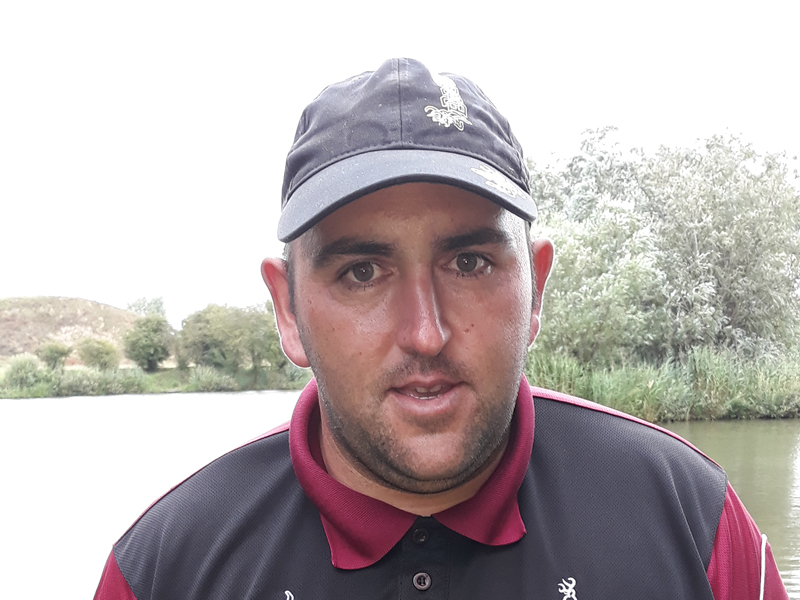 The line up for the 2019 Final is now complete after this qualifier held at Cambridgeshire’s big weight mecca that is Decoy Lakes.

Overnight, low pressure had moved in, bringing leaden skies, persistent rain and a blustery wind for the 100 competitors taking part in this, the last qualifier of the 2019 MMT series and the final opportunity to bag a place in the BIG MONEY GRAND FINAL at Maver Dynamite Hayfield Lakes on Saturday August 31st. It was also the last opportunity for those anglers in the top 50 of the cumulative weight leader board to improve their current standing in the top 24, or to move into the top 24 for a place on finals day in a separate match to be held on Adams Lake  to become the first angler to qualify for the 2020 final.

The match got off to a very slow start for most of the participants and it looked as if it was going to be a low weight affair come the end. However, as with most matches, initial feed back can be deceptive and so it proved to be in this case with 33 weights over 100lbs, 3 weights over 200lbs and a winning weight of just over 300lbs.

Taking the last place for this years final and also qualifying for the Maver British Pole Championships to be held on Sunday 18th August at Maver Dynamite Hayfield Lakes was Browning Aston Park rod Steven Forster. Drawing end peg 15 on Yew lake, Steven set up to fish long into the corner of his peg with 6mm banded pellet feeding 6mm pellet, short in front of him with the same bait and feed and short down the edge feeding micros with dead reds on the hook. He, like most, got off to a slow start, netting half a dozen fish in the first hour and a half from his corner line whilst priming his short lines in front and in the margin. Alternating between all three lines and constantly feeding lightly, fish moved in and started to feed more confidently and on a regular basis, giving Steven a superb total at the end of the match of 301lbs 11ozs made up of F1’s and Carp to 12lbs.

Second place went to young gun and Junior Fish O Mania winner, Billy Marlow, HC Floats/Hooks2go sponsored angler. Drawn on Yew peg 20, in the middle of the opposite bank to the winner and with the wind and rain in his face he opted to fish short and in the margins with micros and dead reds to finish with a total of 226lbs 11ozs made up of Barbel, F1’s and Carp to 13lbs. Billy also takes a place in the Maver British Pole Championships.

In third place was Bag Em Baits backed Dale Shepherd who drew on 6 Islands peg 13. Again with a difficult wind and rain to cope with, Dale opted to fish his margins feeding micros with worm hook bait to finish the match with 220lbs 15ozs. Dale had already qualified for the Maver British Pole Championships. 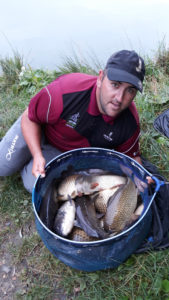 Steven with just some of his huge winning haul!