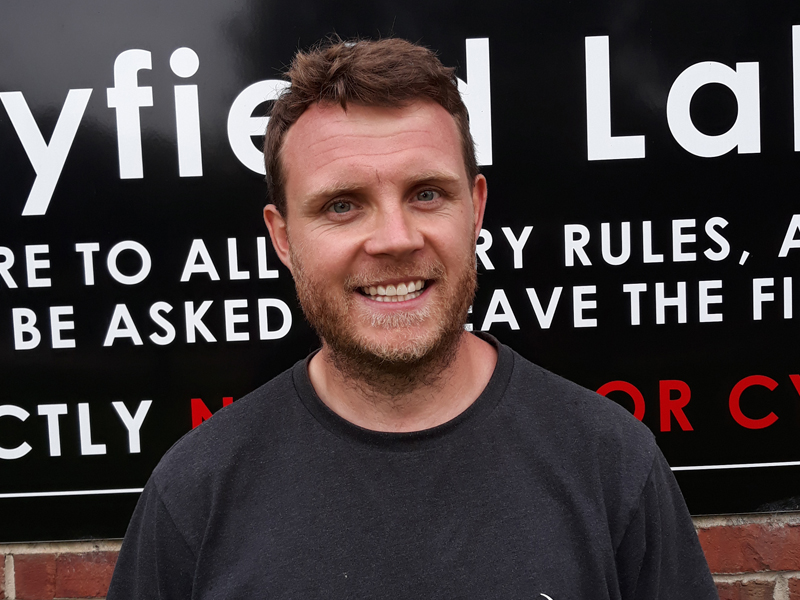 A sell out field of 100 turned out for this, the first of three consecutive qualifiers to be held at the popular and award winning Angling Times Commercial Fishery of the Year 2018 and 2019, Maver/Dynamite Hayfield Lakes.

Once again it was a rolling draw from 8.00a.m onwards, with anglers registering and paying from their cars as they arrived and their pegs being drawn for them in order to maintain social distancing rules and being compliant with current legislation to keep everyone safe.

The weather forecast was for a wet and breezy day, but fortunately the rain never materialised until well after the match had finished and the breeze put a decent ripple on Island and Adams lakes for most of the day. Todays match was a relatively low weight affair by this venue’s standards with many of the Carp switching off making for a close match and creating a more level playing field.

Winner on the day, and no stranger to the finals, drawn on Island peg 81, was Matrix/Bait Tech/LTB backed angler Matty Higgins. Matty kept things simple, initially catching 4 Carp short and then switching to the long pole and pellet shallow, for Carp to 5lb for a final tally of 104lbs 11ozs to book his place in the Grand Final.

Second place and close behind the winner was Keith Pearson (Doncaster) who drew peg 53 on Big Adams. Netting Carp to 8lb by fishing 6ft deep at 14 metres on pellet he finished the match with a weight of 100lbs 10ozs.